Hit enter to search or ESC to close

Summit Kickoff: Rise Up to Your Calling

In this inspirational summit kick-off, Dr. Poplin will share her incredible journey from pagan spirituality to Christ, including a sabbatical with Mother Teresa in Calcutta and how God revealed her true calling in the field of education. Together, we'll examine our God-given calling as educators and discover how to gain strength by keeping our eyes on our mission.

The session will begin 8:00pm EST on Saturday, October 23. Please click this button to join us at that time:

Join us afterward for the Idea Swap, where you can talk directly with fellow educators, asking questions and sharing solutions on the topics of your choice. 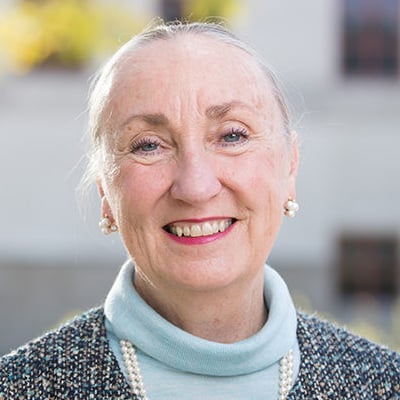 Mary Poplin is a professor in the School of Educational Studies at Claremont Graduate University. She has been both the Dean and Director of Graduate Teacher Education at various times. In K-12 education she studies highly effective teachers in low-performing urban schools.

In 1993, after having been a feminist, multiculturalist and Marxist, Mary became a follower of Christ. In 1996, she worked for two months with Mother Teresa and the Missionaries of Charity in Calcutta to understand why she said their work was “religious work and not social work.”

From that experience she began to explore the academic and social repercussions of the various feminist and justice movements. In the arena of higher education, Poplin examines four major worldviews – material-naturalism, secular humanism, pantheism, and Judeo-Christianity – and explores their implications for human behavior and their evidence for their truth. She also argues that the secular university excludes any serious work on principles of Judeo-Christian thought in the various disciplines.

Her recent books include Finding Calcutta in 2008; Is Reality Secular in 2014; Christianity and the Secular Border Patrol, 2017; Highly Effective Teachers of Vulnerable Students, 2019.

Upgrade to the
All-Access Pass

All sessions are free to watch the weekend of the summit (Oct 22-27).

But if you upgrade today to the all-access pass, you never lose access and can watch all 20+ sessions at your own pace - wherever & whenever you like.

Please log in again. The login page will open in a new tab. After logging in you can close it and return to this page.